Behind the Scenes of the Terra Haven Novels

The setting is the United States, late 1800s…but with the slight difference of elemental magic and mythic creatures being the norm.

I tend to keep details like the architecture and modes of travel fairly accurate (with the addition of magically propelled crafts), with the huge caveat that the industrial revolution was more of a cultural whimper and less of a society-overhauling bang.

This slight historical nod to the past allows me to do fun things like include references to real-world people.

If taking a peek into history (and into how the world would be remade if I were in charge), read on!

The Real World Meets Magic of the Gargoyles

Spoiler warning: If you haven’t yet read Magic of the Gargoyles, the following text includes mild spoilers. Continue at your own (nominal) peril.

I wanted the healers of Mika’s world to be intelligent, forward-thinking people, so it made sense to name the local clinic after two trailblazers in American history.

From Magic of the Gargoyles:

“Stupid bigoted guards.” I stomped up the porch stairs. I was no closer to finding the kidnapped hatchlings and I’d lost precious work hours. I opened the front door to Ms. Zuberrie’s and came face-to-face with my deadline in the form of a stout dark-haired woman with an upturned nose and sour expression: Althea Stoneward, healer apprentice for the prestigious Blackwell-Zakrzewska Clinic and my contact for the unfinished project upstairs. My stomach sank even as I plastered on a smile.

The clinic is a mouthful, but doctors tend to like to stamp their names on things, and I didn’t think Emily Blackwell and Marie Elisabeth Zakrzewska would be any different if society had made it acceptable.

In the real world, Emily Blackwell was the third woman to receive a medical degree in the United States, and Marie Elisabeth Zakrzewska wasn’t far behind her.

Together (along with Blackwell’s sister), they founded an infirmary for women and children in New York, Zakrzewska founded the New England Hospital in Boston, Blackwell became dean of the London School of Medicine for Women, and both were responsible for convincing Johns Hopkins University* to open its doors to women.

*Ahem. See what I mean about naming conventions in a patriarchal society?

Spoiler warning: If you haven’t yet read Leads & Lynxes, the following text includes mild spoilers. Continue at your own (nominal) peril.

Magic is a great equalizer, and gender roles are wildly more advanced in my novels than they were in the real 1800s.

Which is why I love including real-world women who were anomalies in their time and treating them like the norm.

Mary Lowman is just that type of woman.

Grant seized a massive amount of air and dropped a thick, soundproof ward around himself and the message, his barrier falling so close it skimmed against my face. I jerked back and surreptitiously rubbed my nose. When he activated the message, a larger-than-life image of a woman with long gray hair expanded in front of him. Wrinkles etched her sun-darkened cheeks, and worry laced her dark eyes. I recognized her instantly, as would anyone from Terra Haven: Mayor Mary Lowman. I edged closer again. I might not be able to hear what the mayor said, but I might be able to read her lips.

In real life, Lowman was the first female mayor of Okaloosa, Kansas in 1888. After working for the city (and being unimpressed with how it was run), she decided to do something about it.

Although white women didn’t achieve the right to vote in national elections for another 30 years, they could vote in the municipal elections in Kansas—and did!

What I love most about this story: her entire city council was made up of women. How incredible, right?

This is the type of woman I want running Terra Haven!

History makes its mark on landscape in Terra Haven, too. For instance, I have fun naming the rivers after real people.

I searched for roads or familiar landmarks, but I had been so disoriented and distraught when we had left the city, I couldn’t tell if we were traveling north or south. The glistening blue ribbon twining through the forest could have been Lincoln or Toypurina River. Either way, it didn’t matter. We had traveled far beyond my range for sending messages back to Terra Haven, so even if I figured out my location, I wouldn’t be able to tell anyone.

The tale of real-life Toypurina is both courageous and sad.

As a native Tongva living in now-California, she organized a rebellion against the Spaniard Missionaries overtaking her lands and people in 1785.

She was known among the local tribes as a talented medicine woman, and she rallied several Native leaders to join the uprising. When the men attacked the Spaniards, she went along, too, there to inspire the men to fight.

The group was caught. (You knew this wasn’t going to end well for the Native Americans.) Toypurina was baptized, sent to a far-off missionary, and married a Spaniard.

Today, Toypurina has become a symbol of defiance and a hero for those defending their cultural freedoms.

And outside Terra Haven City, a river is named after her. For me, it was a way to honor this brave woman. For Terra Haven history, I envisioned a much happier life for Toypurina, in which she practiced as a healer and served as a leader in her tribe. She was so incredible that people half a continent away knew of her and named the river in her honor.

I have spent more time than necessary contemplating the dining lifestyles of Terra Haven citizens, considering I rarely let my characters enjoy a meal in between their adventures.

But when I had the chance to send Kylie out for food, I knew it had to be to a Harvey House.

The trip exhausted me, and I napped through the afternoon, waking in time to beat the dinner rush at Harvey House. I bought a bubbling-hot potpie to go and ate it in bed while skimming the massive collection of borrowed reference books.

Fred Harvey started his eponymous restaurant business along the railroad line in the 1870s, but I don’t really care about him. I’m more interested in the staff he hired.

Namely: women. The company hired single women from the East Coast, trained them, and sent them west. The women lived above the restaurants and had strict dress, makeup, and lifestyle regulations they had to maintain to stay employed.

It was wildly sexist. (See above.) It was racist, too. Only white women were hired.

But it gave this small group of women freedom. Single women could earn money, travel, and be in charge of their own destiny (…so long as they didn’t stay out after curfew).

The women who worked in Harvey Houses went on to be founders of many of the towns in the west and are romantically credited with “civilizing” the west.

Imagine the courage it took to leave family and the city life you knew and venture out alone! It’s inspirational.

On a more personal note, I wrote a paper about the Harvey girls (as the women were called) in college, so these women have a soft spot in my heart. I enjoyed envisioning a misogyny-free, non-racist environment for them in Terra Haven!

If you’d like to learn more about them, check out Lesley Poling-Kempes’s book, The Harvey Girls: Women Who Opened the West.

Spoiler warning: If you haven’t yet read Headlines & Hydras, the following text includes mild spoilers. Continue at your own (nominal) peril.

There is a lot more to the world Mika and Kylie inhabit than their home city of Terra Haven, as an encounter with a more worldly traveler shows.

As if we had been conducting interviews together for years, Quinn and I drew all the key information about tomorrow’s event out of Adelaide as well as several anecdotal stories and personal facts to flesh out the article. The more I learned about the woman, the more I liked her. She taught history at the prestigious Peale and Callister University up north, had once apprenticed in the FPD’s records office, and now raised shangyang rain birds after learning they had been instrumental to the survival of a foreign city several centuries earlier.

I loved everything about Adelaide. She is a more grown-up version of Kylie: curious and forthright, dedicated to educating herself and others, and far less impressed by high society than she is by their libraries.

I wanted her to teach at a top university, and of course, that university needed to be founded by women.

For this, I choose Elizabeth Callister Peale and Sarah Callister, who were the first real-life women to be appointed as instructors at a college in the United States. They lived a generation or two before the setting of Headlines & Hydras, and I like to think that in a more equal society, they would have done far more than just teach: They would have founded a lasting university!

Before writing Magic of the Gargoyles, I didn’t know quartz came in more than two colors. Now I’m fascinated with all the varieties available, and I had a lot of fun creating gargoyles made of all kinds of colors.

Here’s a visual guide to the most prominent gargoyles in the Gargoyle Guardian Chronicles. (If you haven’t finished the trilogy, I don’t think knowing a few gargoyle names included here is going to be too much of a spoiler.) 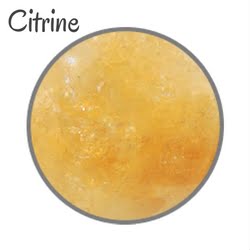 With a lion body covered in scales instead of fur, Quinn is as golden as quartz can come.

Possibly the most exotic of the siblings (maybe to offset his name), Herbert’s rose quartz armadillo body and toucan head are accented with deep blue dumortierite coils. 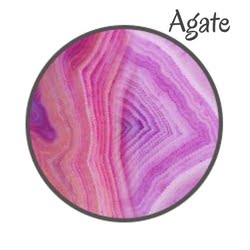 A swan with lion’s feet, her stone feathers are a spectrum of purple, pink, and orange.

The size of a small horse, Celeste’s gryphon body is ebony onxy and amethyst.

With a solid jasper marmot body, all his dumortierite touches are concentrated in the tips of his antlers and the feathers of his long, sweeping wings.

With wings of golden citrine and a fox-like body of shimmering tigereye, this gargoyle might be nameless, but she’s beautiful.

There are so many more variations of quartz out there. If you’re interested in learning more, a simple Google search will reveal some amazing varieties.

Copyright © 2022 Rebecca Chastain. All rights reserved.
Privacy Policy | Refund Policy
This site uses affiliate links for Amazon, Kobo, Google Play, and Apple Books. When purchases are made through these links, Rebecca earns a small commission at no additional cost to you. Thank you for your support!